In 2020, Veitur Utilities' production in low-temperature geothermal fields in the capital area and most distribution areas in South and West Iceland was in accordance with the company’s definitions and objectives, and statutory and regulatory provisions.

During the summer 2019, hot water from geothermal power plants was temporarily supplied for several weeks to Mosfellsbær, Árbær, Ártúnshöfði and Kjalarnes. In summer of 2020, this production was expanded to include the entire capital area, excluding Kjalarnes and rural Mosfellsdalur, for the duration of almost three months. This production meant that subsequently the production in the low-temperature fields at Reykir, Reykjahlíð, Laugarnes and Elliðaárdalur, was temporarily eased, leading to increased winter reserves. Veitur Utilities aims at having this project ongoing in the coming years in order to lower production during the summertime at low-temperature fields, for better utilisation of thermal energy produced at geothermal power plants. 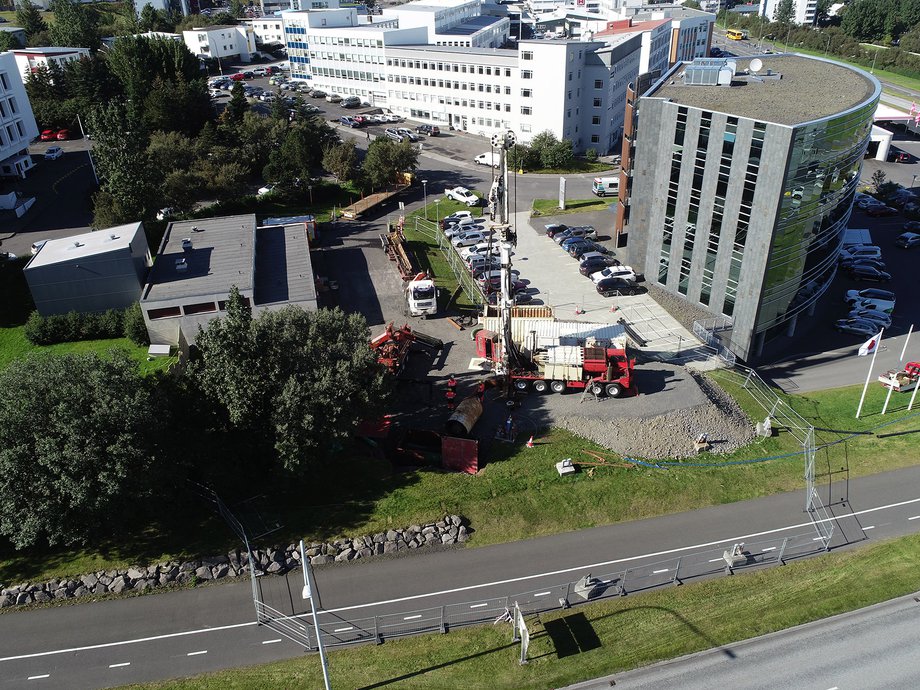 In September 2020, maintenance drilling of one of Veitur's low-temperature geothermal wells began at Bolholt in Reykjavík. The well is one of the most productive ones in the Laugarnes area. It was originally drilled in 1963.

Conditions in most of the low-temperature geothermal fields in South and West Iceland are good, albeit with some exceptions.

More hot water needs to be produced for Rangá Utilities, which services population clusters at Hella and Hvolsvöllur. Pressure in the geothermal system in Hveragerði has fallen, and it is urgent to secure sufficient hot water for the district heating. The new high temperature submersible pump in the main borehole in Hveragerði makes it possible for Veitur Utilities to operate it without any release of steam, which is an advantage as it is situated in the middle of a populated area. Furthermore, it is possible to control the amount of hot water extracted from the borehole, which leads to better utilisation of resources. Utilising high temperature submersible pump in district heating is a developmental project, and if successful, could prove to be a breakthrough in the utilisation of geothermal heat. 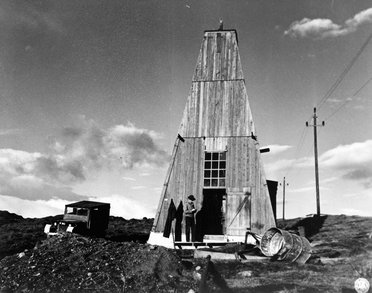 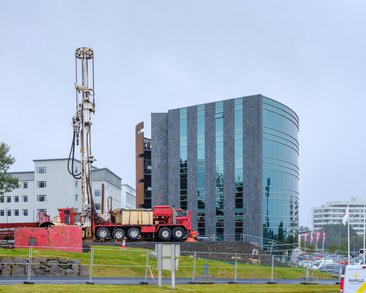 The older photo is of the 'new rig' as stated in the photo file, probably taken in Mosfellssveit around 1940. The new one is taken in the summer of 2020 when Nasi, a 2007 model Schramm drilling rig, worked on dredging the well at Veitur near Bolholt.