Geothermal energy activity is monitored at the surface at the Hengill area. This area can be impacted by natural changes, as well as the production of geothermal energy. There is no definite way of discerning whether the changes occur naturally or from human action. The changes in surface activity at Hverahlíð for instance, started when boreholes were drilled in the area. Therefore, it may be inferred that these changes are due to utilisation of geothermal heat in the area. 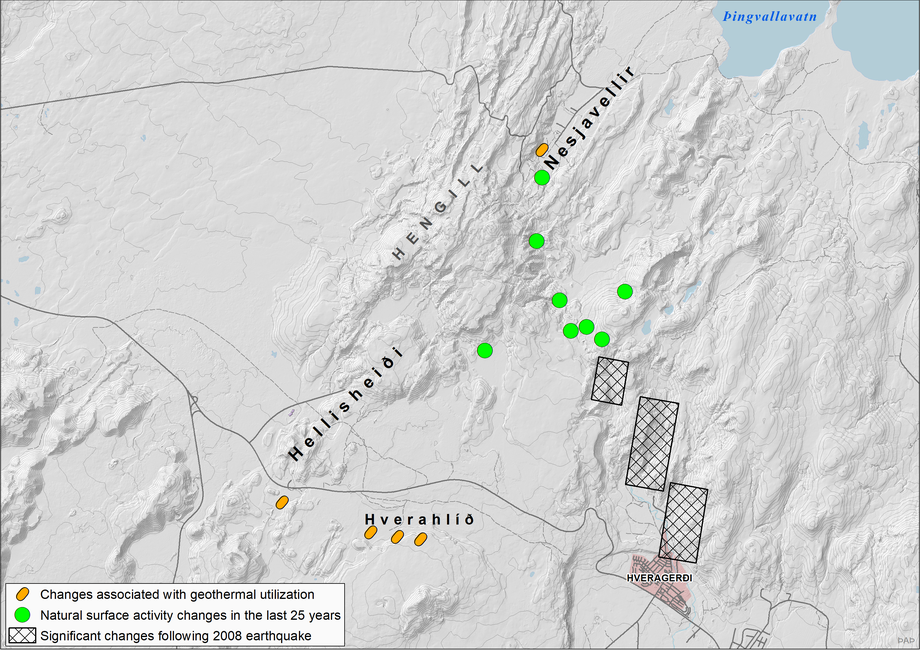 In 2020, energy production at Nesjavellir and Hellisheidi was in accordance with the power plants' operating licence and ON Power's objectives. Maintaining the power plants' production capacity at the Hengill area has been one of the company’s most important tasks in recent years.

The drilling of one injection borehole at the Hellisheidi Geothermal Power Plant was completed in 2020, and it has been operating since October. The new injection borehole made it possible to decrease injection within the production area. The level of produced steam at Hellisheidi's production area has decreased since 2019, on account of drawdown. Three high-temperature boreholes at Hellisheidi await connection to the power plant, that will increase the production capacity in the near future. In 2020, increased drawdown at Hverahlíð was observed, because of increased production. One production borehole was drilled at the Nesjavellir Geothermal Power Plant in 2020. The level of produced steam at Nesjavellir is unchanged from 2019.

Even though there are no plans for new power plants at the Hengill area, an extension of the current production area is anticipated, if full production capacity at Hellisheidi and Nesjavellir Geothermal Power Plants is to continue for the long term. Some preliminary research on the potential of future production areas have already commenced, to facilitate informed decisions on the future of power generation, and to guarantee sustainable utilisation of geothermal resources.