In 2020, ON Power met with landowners from the area around the lake Skorradalsvatn and the river Andakílsá, as well as representatives of cabin owners in Fitjahlíð in Skorradalur. A scenario analysis has been drawn up for environmental and economic issues around the Andakílsá Hydropower Station, but analysis on how it affects the community in Skorradalur and around Andakílsá is pending. Ensuing a close revision of the findings, a decision regarding the hydropower station's operating framework will be taken. Conclusion from a risk assessment regarding planned cleaning of silt from the station's dam intake is still pending.

The ecosystem at the river Andakílsá has recovered after a substantial amount of silt was carried into the river during an inspection of the dam intake at the Andakílsá Hydropower Station in May 2017. More than 600 salmons were caught in the summer 2020, during scientific research, which is actually very good, compared to other salmon rivers in the area. The river will be ready for the 2021 fishing season. Approximately 30,000 smolts were released into the river in 2020, and 20,000 smolts are in a farming plan. Similar number of smolts, which have been in a farming plan, will be released in the summer of 2021. ON Power has taken this accident seriously and reacted responsibly.

Land erosion prevention on the banks of the river Andakílsá, in the land of Efri-Hreppur, started in the summer of 2020.

In the first half of February 2020, water levels in the lake Skorradalsvatn exceeded ON Power's set limit, due to massive water swell, although water levels never exceeded the licenced limit of 63.10 m.a.s.l. The Icelandic Meteorological Office has prepared an inflow model for the lake Skorradalsvatn, which will demonstrate the expected inflow, three days in advance. 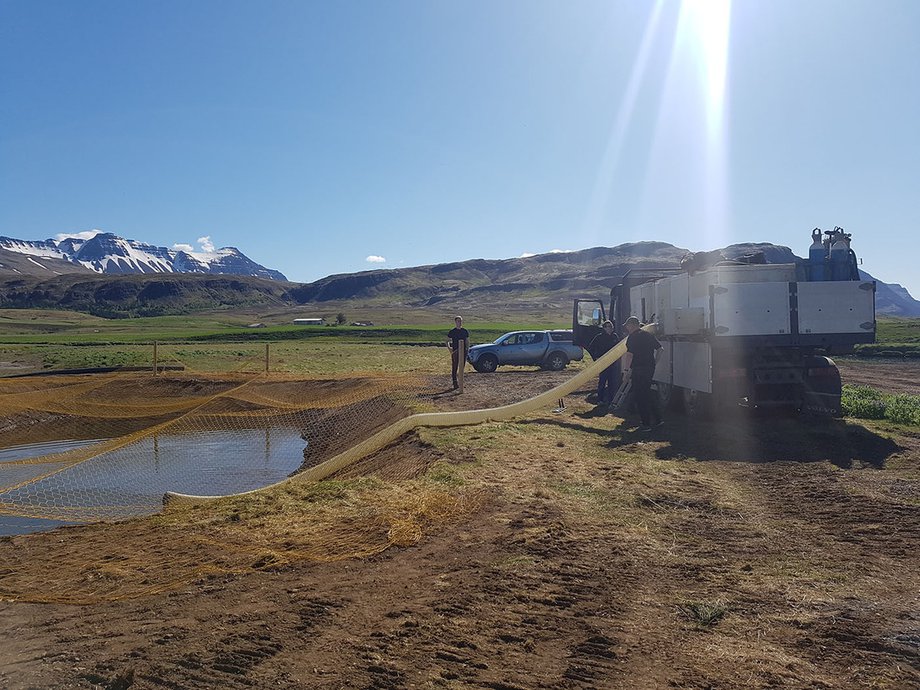