Reducing emissions from transportation is an optimal opportunity for Iceland to tackle climate change, as well as improving air quality in populated areas. Due to the nature of operations by Reykjavik Energy Group and its subsidiaries, it is only corollary to support the electrification of the transportation system.

In 2020, ON Power installed its first 150 kW charging points for electric cars (EV). Reykjavik Energy Group awarded financial support for the installation of charging points at apartment buildings, and Veitur Utilities has been commissioned, along with several other companies, to partake in the implementation of the electrification of Reykjavik Harbour, a project aimed at reducing emissions from the harbour's operations, lowering the volume of CO2 equivalents by approximately 10 thousand tonnes.

Agreements with a few companies, regarding the location of ON Power charging stations, expired in 2020, these location were mainly at petrol stations. The solution was to install new charging points close to prior locations. Competition in the charging market increased during the year, as new companies entered the market. A complaint was filed against ON Power, which in turn objected the base of the complaint. At year end, a verdict was still pending.

For Reykjavik Energy Group's payments to household associations, according to agreements, see table below.

The electrification of Reykjavik Harbour

Veitur Utilities, the Associated Icelandic Ports (Faxaflóahafnir), and the Treasury, will each award ISK 100 million to the first phase in the furtherance of electrical connections for larger vessels, and if all goes to plan, cargo ships from the freight companies Eimskip and Samskip will be able to connect to land-based electricity in 2021. The project is in accordance with Iceland's policies regarding climate issues. The prerequisite for these powerful connections, is the construction of a new conveying station by Veitur Utilities, at the Sægarðar dock, which also will serve to improve electricity delivery reliability for the capital area. 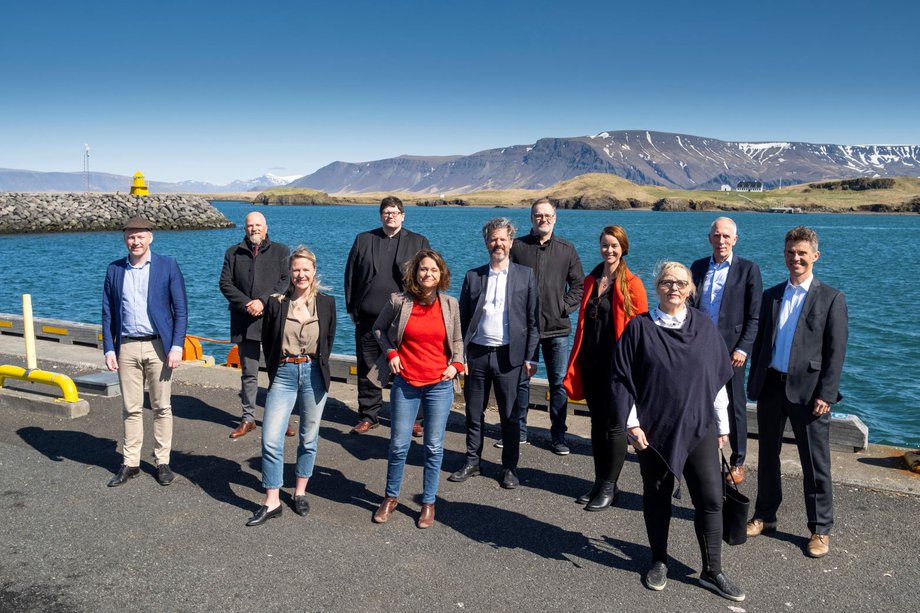 Representatives of Veitur Utilities, Associated Icelandic Ports, the Ministry for the Environment and Natural Resources, the City of Reykjavík, and carriers Samskip and Eimskip at the signing of a declaration of intent for enhanced electrification at Sundabakki and Vogabakki docks. 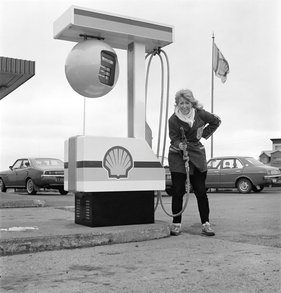 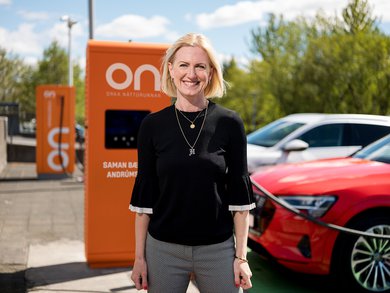 Energy for the car

The older picture dates back to 1983 and shows an unnamed young woman ready for pumping petrol. The new photo depicts Hafrún Þorvaldsdóttir, project manager for ON Power’s charging network. She has been leading the construction of ON Power’s fast charging points all around Iceland.