Reykjavik Energy Group aims to achieve carbon neutrality by 2030, but it provides 45 to 75% of Icelandic households with potable water, sewerage systems, electricity, district heating, and a fibre network, all with a low carbon footprint.

Increased capture and storage of carbon dioxide into basaltic bedrock at Hellisheidi and Nesjavellir Geothermal Power Plants, by means of the Carbfix method, has the largest impact on reduction of greenhouse gas emissions from the Group. Electrical- and methane energy switching of the company's vehicle fleet also plays a crucial role, as well as proactive projects at Veitur Utilities, that aim at boosting the resilience of the utilities systems, due to climate crisis.

In 2020, the percentage of reinjected and sequestered carbon dioxide from the Hellisheidi Geothermal Power Plant amounted to about 25% of its emissions. This is the same proportion as in 2019, but carbon dioxide emissions have increased compared to 2018. There are two reasons behind this, the first being an increased power production at the Hellisheidi Geothermal Power Plant, as well as high levels of carbon dioxide emanating from a powerful borehole, that was connected to the power plant at Hverahlíð in 2020. The second reason for the Group's larger carbon footprint in 2020 can be traced to disease prevention measures due to COVID-19. A large number of employees work in construction and maintenance, and in order to decrease the risk of infection, employees were split into groups, where each group was assigned a car from the Group's vehicle fleet, at its disposal for commuting purposes. Nevertheless, as a consequence of telecommuting and a ban on work travel for the Group following the pandemic, emissions due to employees' commute and airline commute decreased considerably.

In December, the executive body approved measures to offset carbon emissions from the Group’s vehicle fleet, air travel, etc., by supporting the reclamation of the wetland areas in Iceland, in collaboration with the Icelandic Wetland Fund (Votlendissjóður), and by supporting UN's developmental aid project promoting clean cooking fuel in Malawi.

Guarantee of origin for electricity has been in place for the Group's total consumption of electricity, from 2016 to 2020. However, this was not the case with respect to Veitur Utilities, Reykjavik Energy and Reykjavik Fibre Network in 2015, which explains the large amounts of emissions that year.

In 2020, Scope 1, or direct emissions from Reykjavik Energy Group's core operations, amounted to approximately 49,250 tonnes of CO2 equivalents. Scope 2, or indirect emissions due to usage of electricity and hot water in the Group's core operations, was none due to the fact that the Group produces electricity for the national grid and emissions from that production are already accounted for in scope 1. Scope 3, or indirect emissions, was approximately 1,300 tonnes of CO2 equivalents. The data for scope 3 are not exhaustive, as production of resources is not included. 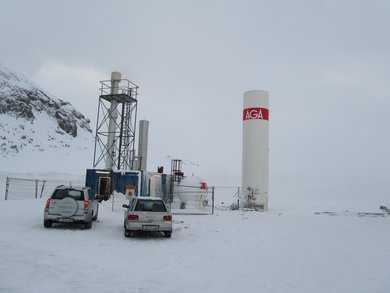 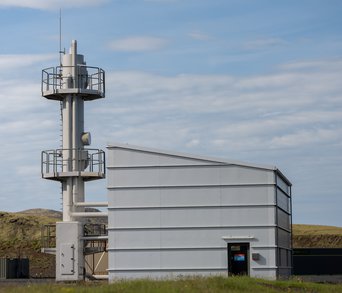 A pilot plant for the Carbfix carbon capturing and mineralisation was constructed in 2009-2010. It had to have tanked CO2 ready to be able to test the re-injection part of the development project, even though the station, which was called Gertrud, was inoperable. In 2014, ON Power built a gas abatement unit based on the pilot project. Now, plans for its expansion are in place, as well as construction of another installation at the Nesjavellir Geothermal Power Plant.